Guatemala City, Guatemala – Guatemalans have voted for Alejandro Giammattei of the Vamos party as the country’s next president, amid hopes that he would address the issues of crime and security, as well as concerns about his human rights record.

“Today is a new period of the country,” he told supporters at the party’s headquarters in Guatemala City following his victory.

This is the fourth time that Giammattei ran for president of the Central American country, which is plagued by violence, poverty, and corruption. He has suffered from multiple sclerosis for years and is reliant on crutches.

Giammattei, who was supported by the Guatemalan business community and former military, faced Torres from the centrist National Unity of Hope party.

Many who voted for Giammattei saw their votes as a vote against Torres, who is accused of campaign finance violations during her 2015 presidential run against current president Jimmy Morales, and for corruption.

“I decided to vote against Sandra Torres because of the accusations of corruption,” Rosa Julaju, a 38-year-old indigenous Maya Kaqchikel woman who lives in Guatemala City and works as a vendor in a market in the city, told Al Jazeera.

“I hope Giammattei confronts the violence in our country,” she said. “I voted for him for better security.”

Giammattei campaigned on being tough on crime, promising to treat gang membres “like terrorists”, legalise the death penalty and bring more investment to combat migration from Guatemala. 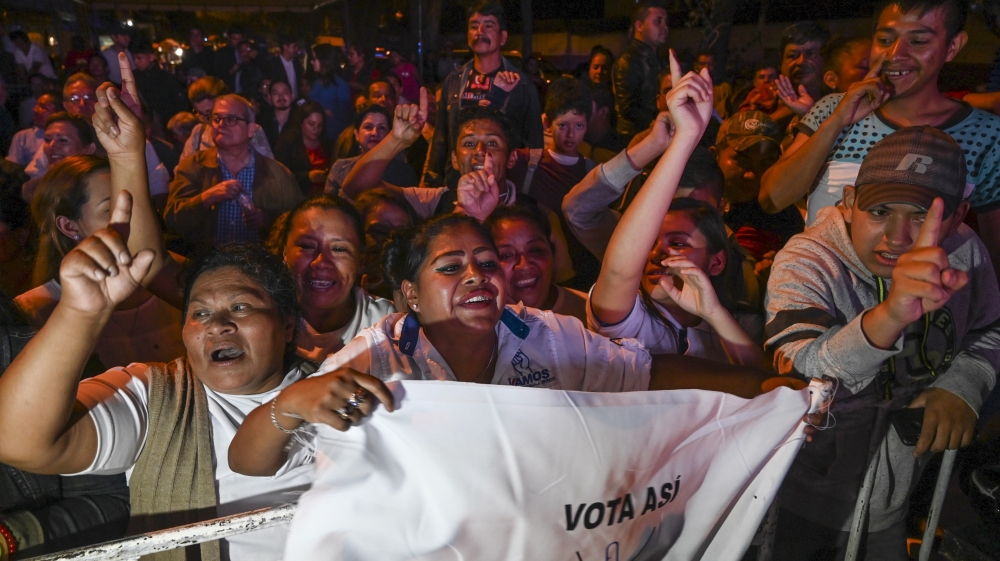 For voters like Julaju, Giammattei’s stance on crime contributed to her reasons to vote for him.

The election of Giammattei has raised concerns among human rights defenders in Guatemala.

He has stated in interviews that he would use force against protesters and spoken out against the LGBT community.

“Giammattei has publicly said that he will not tolerate the actions of [protesters] that are part of a democratic system,” Claudia Samayoa, the founder  of the Guatemalan human rights organisation UDEFEGUA, told Al Jazeera.

“His discourse is extremist.”

“Giammattei has shown he is capable of violating human rights in the name of peace,” she sadded.

During his period as director of the penitentiary system, he was embroiled in a scandal over extrajudicial killings in a prison in Guatemala.

In 2010 he was arrested following an investigation by the Guatemalan Public Prosecutor’s office and the United Nations-backed International Commission Against Impunity in Guatemala, CICIG, but was acquitted after 10 months in pre-trial detention.

Giammattei denied any wrongdoing and was acquitted of all charges.

Sunday’s vote was marked by rampant absenteeism. According to the Supreme Electoral Tribunal, only roughly 40 percent of registered voters cast ballots, far lower than they predicted.

The lack of participation is reflective of the frustration with the political options in the 2019 election, analysts said.

“The parties and candidates do not represent anyone.”

John Prine Was In on the Joke All Along

Call Of Duty: Modern Warfare/Warzone Season 3 Update Is Out Now; File Size Is Smaller This Time

‘Tiger King’ Gets Netflix After-Show Hosted by Joel McHale – Plus, All the Other Exotic Projects Coming to TV!

Will we ever take cruise holidays again?