“They got it all wrong. There’s a ton of fragments! Planet killers…” Whoaaa! How about some apocalyptic disaster action to make things even scarier nowadays? The first trailer has debuted for an action movie titled Greenland, the latest from stuntman turned filmmaker Ric Roman Waugh (Shot Caller, Angel Has Fallen). The mega disaster in the film involves a comet breaking into pieces, and these pieces striking Earth causing complete devastation. The plot focuses on one family that must safely get to an underground bunker located in Greenland before a big piece destroys the entire planet. Starring Gerard Butler, Morena Baccarin, Scott Glenn, Andrew Bachelor, and David Denman. I’m a sucker for epic disaster movies, and yes this delivers. Looks intense and thrilling, though now might not be the best time to release an apocalypse movie. 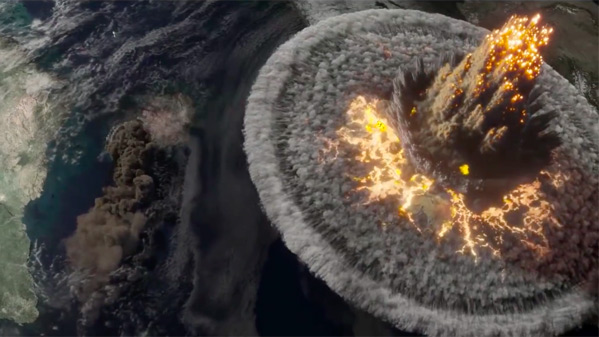 A detached married couple must get their son and themselves to safety after being randomly selected to enter an underground bunker, as a massive object from space threatens to destroy the world in less than 48 hours. Greenland is directed by American filmmaker Ric Roman Waugh, a former stunt director, and now director of the films In the Shadows, Felon, Snitch, Shot Caller, and Angel Has Fallen previously. The screenplay is written by Chris Sparling. Produced by Gerard Butler, Basil Iwanyk, Sébastien Raybaud, and Alan Siegel. STX Films will release Greenland in US theaters everywhere starting this June, although that may change with ongoing delays due to the pandemic. Stay tuned for updates. First impression? Who’s in?

Boxing and coronavirus: Covid-19 test could be introduced by BBBofC

Boxing and coronavirus: Covid-19 test could be introduced by BBBofC

13 Books by Black Authors That Explore Race in America